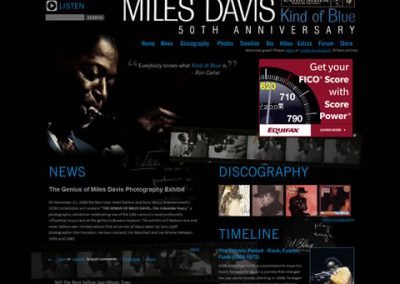 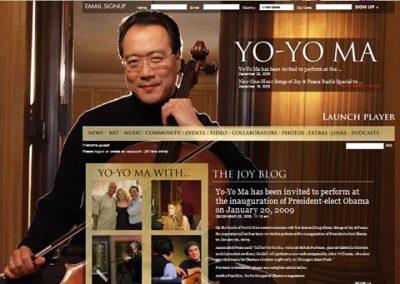 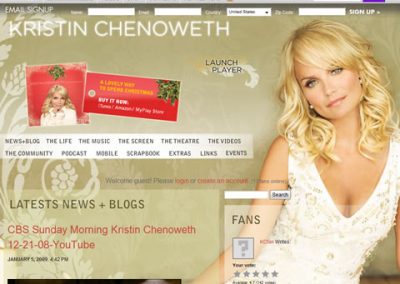 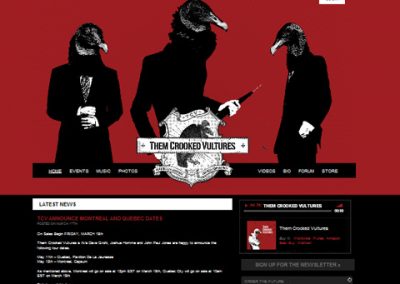 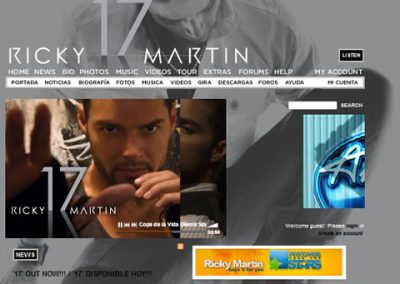 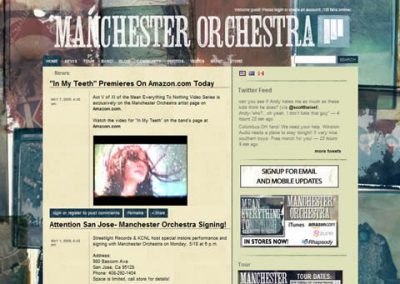 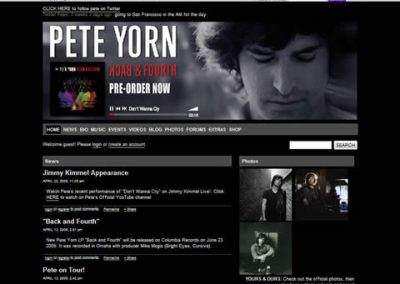 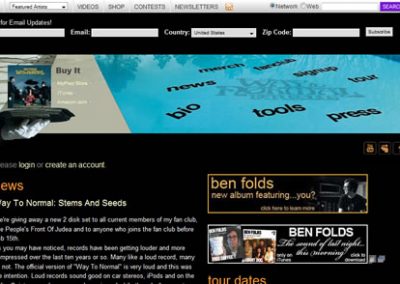 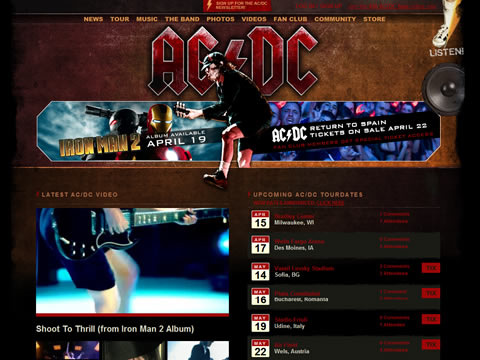 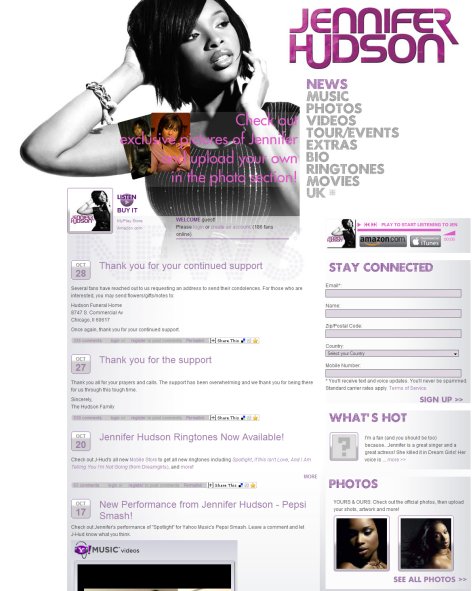 From a PSD of the Home Page, build out complete theme of an artist’s site.

Back in the late 2000’s, Sony Music was the place to do Drupal. SME essentially funded the release of Drupal 6 with the amount of money poured into Views and Panels.

We were running two Drupal 6 installations with about 150 to 180 individual artist sites on each one. Some of the artists we hosted were Miles Davis, Yo-Yo Ma, Bob Dylan, Michael Jackson, Beyonce, Aguliera, Jordan Sparks, Britney Spears, Jennifer Hudson, Jennifer Lopez, ACDC, Slayer, Ozzy Osbourne … and the list goes on.

While everyone who worked at SME touched every property we hosted, I have only posted the artists that I worked on from start to finish. The exception is the AC/DC site; I was only responsible for producing the Flash header.

The process was simple: you were handed a psd of the homepage and you had to create the whole site from that document.

Your responsibility was to create graphical elements for all the sections of the site that wasn’t included in the comp; if you had four (4) days to do it, you were lucky.

Back to the Portfolio