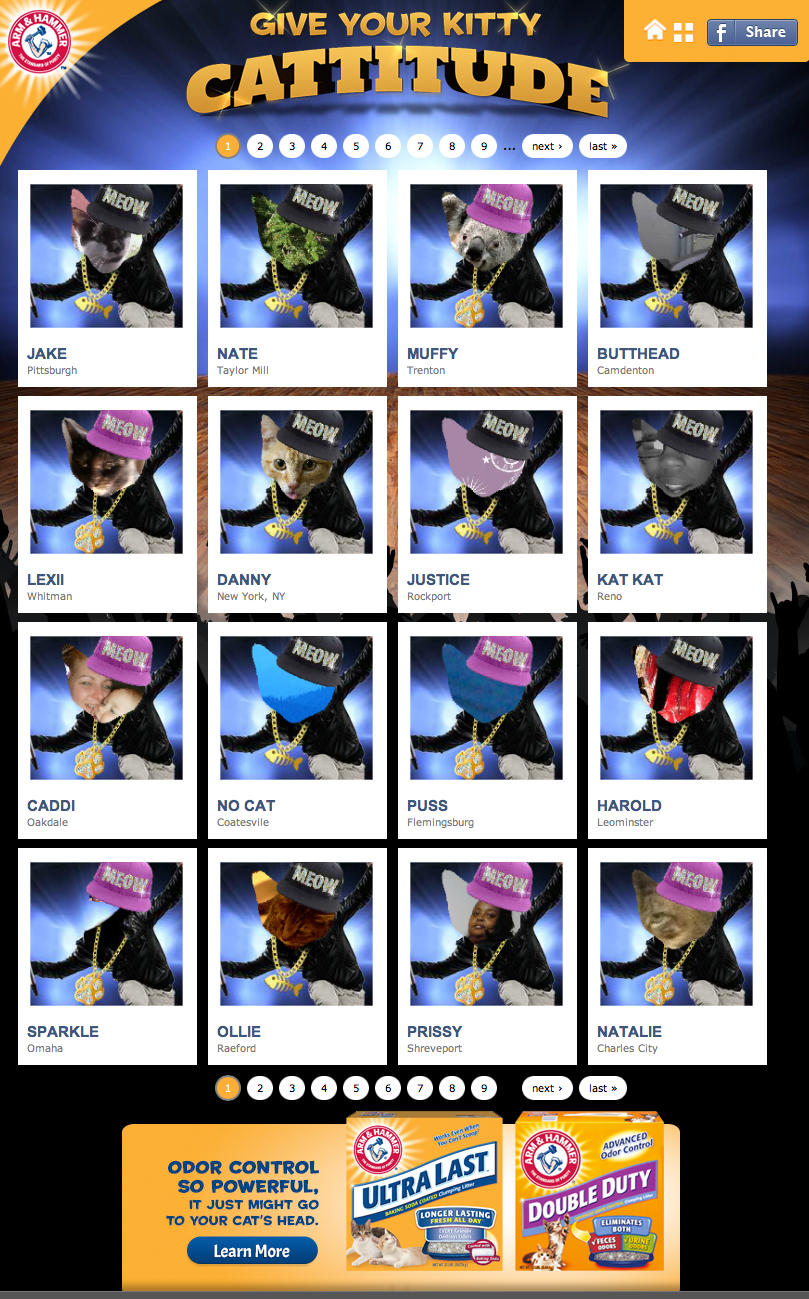 Build a Facebook campaign using Drupal as a service for a Flash based endpoint.

For an interactive campaign for Arm and Hammer, we leveraged the Drupal CMS and a Flash Front End to embed an iFrame in a Facebook Page. End users would enter the Like Gated page, upload a picture of their cat, and see their kitty rap about, “how my sh*t don’t stink”.

The bulk of the hard work was integrating Flash with Drupal and getting the animation just right.

To be honest, this project was a riot. I wish it was still up and running. We laughed all the time during production!